Can I Get A Witness?: “Dancing in the Street” 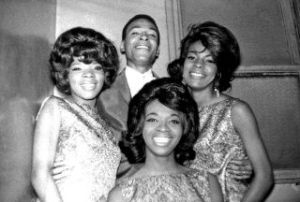 Marvin Gaye’s first musical foray into social justice was his composition of “Dancing in the Streets,” sang by Motown Records girl group Martha and the Vandellas. He co-wrote the song along with William “Mickey” Stevenson and Ivy Jo Hunter. The song was released in 1964 and became the theme of Freedom Summer, which occurred that same year (Kurlansky). Freedom Summer, which is also known as the Mississippi Summer Project, was a movement to register as many black voters as possible in Mississippi. The state had the lowest percentage of black voters in the Union, an injustice which implored many Northern activists to come to the state to register African-American voters (Erenrich 8). The headquarters of Freedom Summer was at Tougaloo College located in Jackson, MS, my alma mater.

Stevenson began the original concept of the song, but it was Gaye’s idea make the tune a dance track. Upon the two men agreeing, Hunter was added to compose the music. After several female Motown acts passed on the song, Gaye urged for Martha Reeves to sing the tune. (Kurlansky) Gaye said,

“Funny but of all the acts back then, I thought Martha and the Vandellas came closest to really saying something. It wasn’t a conscious thing, but when they sang numbers like ‘Quicksand’ or ‘Wild One’ or ‘Nowhere to Run’ or ‘Dancing in the Street,’ they captured a spirit that felt political to me. I liked that.”

Berry Gordy, the founder of Motown Records, was an open supporter of the Civil Rights Movement, but he did not encourage his artists to make strong political statements. Because of that, Gaye did not speak on his specific inspiration for the song during the peak of its popularity. Kurlansky suggests Gaye worked around the non-political restrictions by borrowing from an old slave tradition. During slavery, blacks would sing songs that sounded like hymnals to their white owners but actually gave instructions for freedom to their breathen who could catch the implications. Kurlansky states that in African-American culture it is instinctive to listen for an indirect meaning of a song.

The song opens with the lines, “Callin’ out around the world, are you ready for a brand new beat?/Summer’s here and the time is right for dancin’ in the street.” Being that 1964 was an election year, many Civil Rights proponents saw that summer voting drives as a prime opportunity to begin the change the song spoke of. With “Dancing in the Street” roaring in the background, the tune served a potent aid in revolutionizing the United States. In Mark Kurlansky’s book Ready For a Brand New Beat: How “Dancing in the Street” Became the Anthem for a Changing America, he examines the lasting influence of the song:

Coming out the same summer as the Mississippi Freedom summer, the pivotal election that gave rise to the Black Panther Party, the Mississippi Freedom Party, the birth of the ultra conservative Republican base, the song took on all kinds of unintended meanings. And with the rise of militant political movements continue to take on meaning….and continues to be an enduring [icon] that President Barak Obama recently called “the soundtrack of the civil rights movement. (Kurlansky)

Just as the summer of 1964 changed the landscape of America, the influence of “Dancing in the Street” would spark a change in Gaye and his artistic direction.